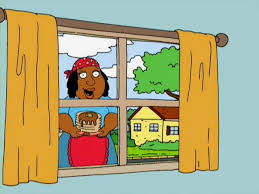 Aunt Jemima's Witnesses is a cult of fat black women who go around forcing people to eat their awful pancakes. They believe that Aunt Jemima is God and should be worshiped as such. It is said that the syrup of their cult brainwashes people into members of the cult. Link was a Aunt Jemima's Witness for two months in 2016 but managed to break free of his brainwashing.
Retrieved from "https://king-harkinian.fandom.com/wiki/Aunt_Jemima%27s_Witnesses?oldid=32010"
Community content is available under CC-BY-SA unless otherwise noted.