Fortran is the brother of Ragamiicho and the adoptive father of Weegee and Malleo. His most significant features are his cyan overalls and eyes, red teeth, and white skin. His red teeth are from eating too many dodongoes. Fortran is a rival of King Harkinian, but rarely appears in his poops. Fortran likes to "rich," which means to jump up and give people seizures so you can be rich.

Fortran is really, really old. He is older than almost every other character on this wiki. After he deposed himself as king of the United 'Gees Universe, he married Ulona and killed Grovanjo. His brother later fathered Malleo and Weegee. Impressed with his nephews' evilness, Fortran took custody of them and raised them himself. Eventually, Malleo and Weegee began to plot against King Harkinian. They made Fortran open the enclosed instruction book, which revealed Mama Luigi. Fortran became the King's enemy from that point on. 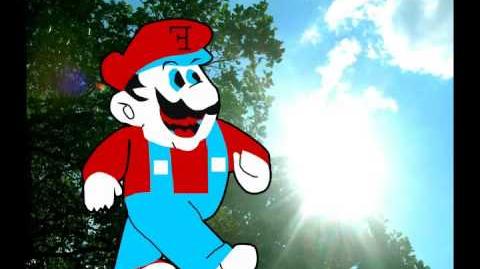 He eats Koopas, too.
Add a photo to this gallery
Retrieved from "https://king-harkinian.fandom.com/wiki/Fortran?oldid=27350"
Community content is available under CC-BY-SA unless otherwise noted.