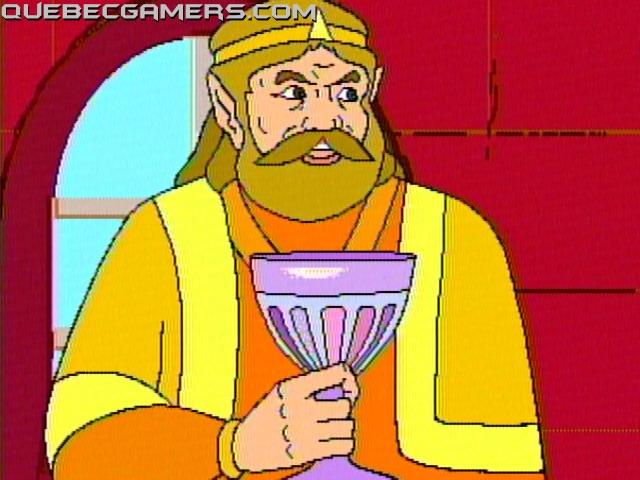 Harkistuff is kinda like the second Main Page, but except it's not the first page when you type in [www.king-harkinian.wikia.com]. It's full of stuff that you should find interesting, like Harki-News, Mario Thing of the Day, The Weegee Page, and more.

Today Waluigi was seen lurking around King Harkinian's house. He seemed to be eating the berries of the bushes in his front lawn. But he was actually picking. Waluigi said: "I wuz juzd gong dew pig dem dew magg a burry pie. Honust, I swir!" King Harkinian didn't believe him at first, but then the king decided to forgive Waluigi. They ate some pie. However, the king ended up eating poisonous berries and now he's in the hopsital. His heart rate is down, and he is in a coma. All of Hyrule hopes he doesn't die. (Gwonam just said he hoped not to be ruled by Zelda, in which Zelda responded by throwing the remainder of the pie at him). The king is on the verge of death, all because of Waluigi...

Mario Thing of the Day

Super Mario Bros., above, was the third major video game of the Mario game series. See above section for details.

"Zelda, Duke Onkled is under attack by the evil forces of Gannon! I'm going to Gamelon to aid him."

The King travels through Random Places.   This week's YouTube Poop revolves around King Harkinian trying to save Brooklyn Mario (or maybe Fat Mario) in the hospital. It starts by Steve announcing the mail his here, much to King Harkinian's surprise. Then Mailbox arrives giving the king a letter. The king reads it:

"Dear the king, Mario was attacked by Billy Mays and Dr. Rabbit! My brother Mario will die!

The king gets the show on the road and gets in his car. He travels around the world looking for the right hospital, and eventually finds it. But then the king remembers the part about spaghetti, and the king literally dies from embarassment.

"Today I will be reviewing the Enclosed Instruction Book.   This book is more amazing than anything anyone has ever seen! Now, with a name like thing, one would think that it's boring and that they'd even fall asleep, but that's no true.  When they open up this book, they're sucked inside instead!  I'd give this book a 100% score, an A+! I'd give it a higher rating, but 100% is the highest I'm allowed to rate it. It has a whole lot of useful information, plus great stories that would put The Oddysey and Moby Dick to shame!  Trust me, when you start to read this book, you will never be able to stop! I'm still reading it right now! SO PLEASE! DON'T READ IT! IT'S TOO EPIC FOR THE MIND TO TAKE! ARRRRRGH! SOMEONE SAVE ME, PLEAAAAAAAAASE!"

King Leonidas was a famous king of the city-state of Sparta.

Not much else is known about him, except he appeared in the movie 300.

SpongeBob Meme of the Week

Patrick Star loves to say the phrase "I love you." In the episode, "Chocolate with Nuts", Patrick is told by SpongeBob to make them "feel good." When they walked up to Nathaniel Waters's house, Patrick said "I love you" while his face shrunk and harp music played. Nathaniel rejected the comment by slamming the door in his face. SpongeBob said that Patrick took it too far.

This is a picture of Grink, the greature of Link. This picture was taken from the "Link" article and edited on paint. I copied the Greegee picture and used the eyedrop tool to capture the color, and then I used the fill tool to put in the color. I used the paint function to add in the face and the X, and I saved it as "Grink.png" It is a png, so it can easily be recolored with the "fill" tool, and its transparency is good, and not blurry.

The Weegee page is a page about Weegee, YouTube Poop's most famous...well, Weegee, and the "destroyer of souls." He is also the character with the most clones, many of them geneticall modified to make Fakegees, and also has the largest family.

Weegee would like to welcome his uncle Fortran to stage. He loves saying "press start to rich", and when he says it to you, a whole bunch of coins or gold will fall on you, crushing you. Fortran's brother is Ragamiicho, his wife is Ulona, and his rival is Garbon. His brother's rival is Boracuubi. He appeared in the Taiwanese game, Dian Shi Ma Li.

Interview with a Hylian

Lawsuit of the Day

The Mario, Link, and Weegee Show

Dinner of the Day

Joke of the Week

Retrieved from "https://king-harkinian.fandom.com/wiki/Harkistuff?oldid=9671"
Community content is available under CC-BY-SA unless otherwise noted.